Why might Geocodio's results differ from the US Census Bureau/FFIEC Geocoder?

Geocodio's results are more accurate than the US Census Bureau/FFIEC geocoder, leading to differences in which blocks and tracts an address is placed in.

The U.S. Census Bureau geocoder appears to be using address range interpolation geocoding, which means that locations are geocoded to the street rather than to a building.

This can create inaccuracy as tracts and blocks often are divided by streets. This can put the geocoded locations very close to census tract and block boundaries, often overstepping into a neighboring boundary.

By contrast, Geocodio is able to geocode address to rooftop level in many areas.

This means that the incorrect bock (1036) is returned instead of the correct block (1031). 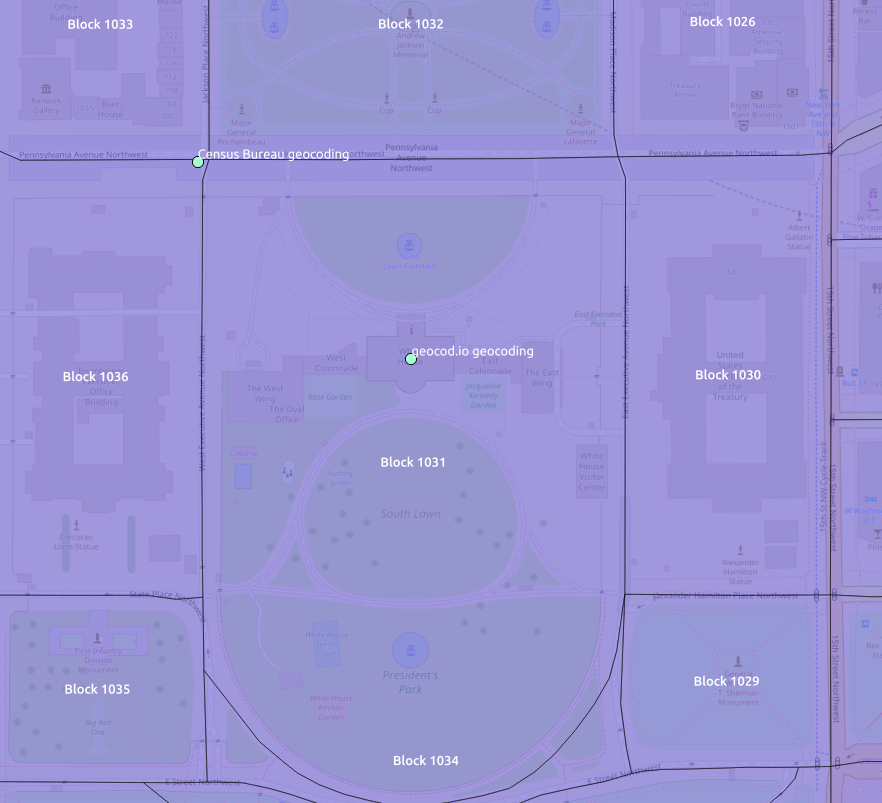 Can we change Geocodio to return the same results as the U.S. Census Bureau (even if they are incorrect)?

The short answer is no.

The longer answer is that even if we disable rooftop-level (high accuracy geocoding) we cannot guarantee that our geocoded location will be the same as the one from the Census Bureau. This is because there can still be significant differences in how locations for address range interpolation are geocoded.

Find the Census IDs for an address. No signup required.