ProPublica built a news app to explore ticketing patterns in Chicago and used Geocodio for geocoding.

Non-profit news organization ProPublica recently built a news app to bring transparency to parking ticket issuance in Chicago, and they selected Geocodio as the geocoder behind the project.

At ProPublica Illinois, we’d been reporting on Chicago’s aggressive parking and vehicle compliance ticket system for months. Our stories revealed a system that disproportionately punishes black and low-income residents and generates millions of dollars every year for the city by pushing massive debt onto Chicago’s poorest residents — even sending thousands into bankruptcy...

Geocoding the data — turning handwritten or typed addresses into latitude and longitude coordinates — was a critical step in our process. The ticket data is fundamentally geographic and spatial. Where a ticket is issued is of utmost importance for analysis. Because the input addresses can be unreliable, the address data associated with tickets was exceptionally messy. Geocoding this data was a six-month, iterative process.

An important technique we use to clean up the data is very simple. We “normalize” the addresses to the block level by turning street numbers like “1432 N. Damen” into “1400 N. Damen.” This gives us fewer addresses to geocode, which made it easier to repeatedly geocode some or all of the addresses. The technique doesn’t improve the data quality itself, but it makes the data significantly easier to work with.

Ultimately, we used Geocodio and were quite happy with it. Google's geocoder is still the best we've used, but Geocodio is close and has a more flexible license that allowed us to store, display and distribute the data, including in our Data Store.

You can read the full article on their technical process to create the news app here, and play around with the app itself here. 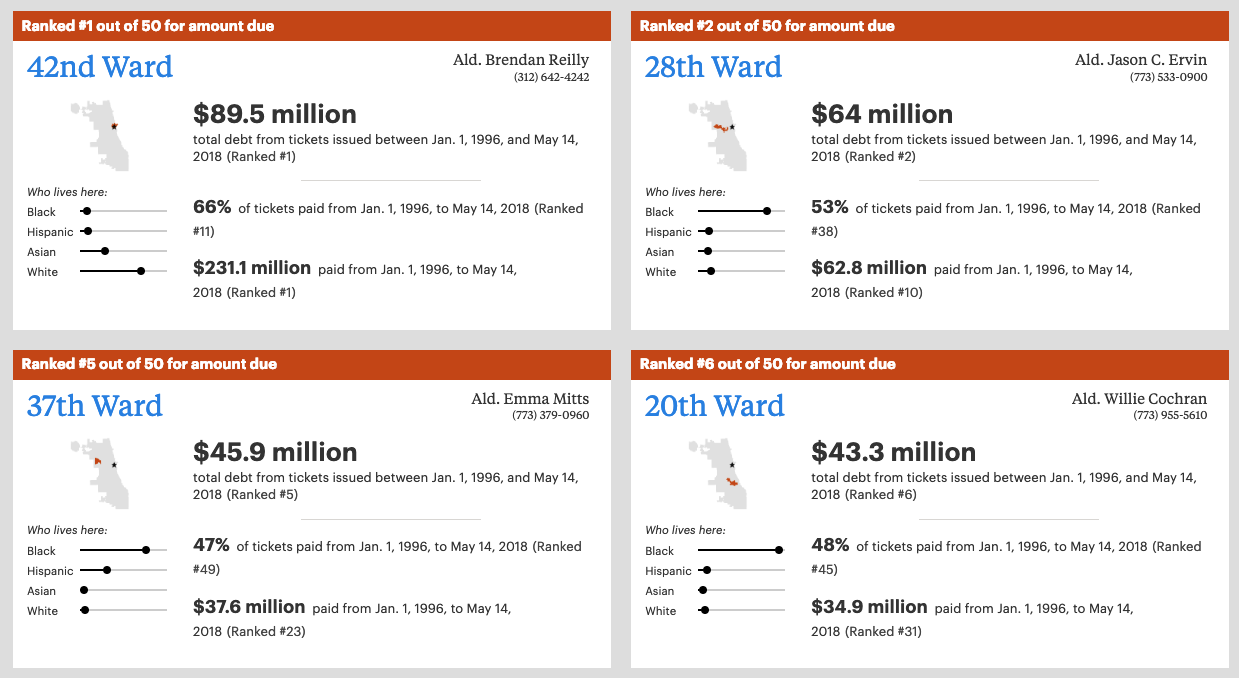