You can upload a spreadsheet of addresses or coordinates to Geocodio and add Census identifier information such as Census blocks, tracts, and FIPS codes. Simply select "Census" in Step 3 of the upload process, or use the census field in the API.

This information can be helpful to connect government datasets, such as to CMS or American Community Survey data, as well as for reporting and compliance needs with, for example, HMDA or CRA.

You can download an example of the results when you add Census blocks, tracts, and FIPS codes to a list of addresses here. 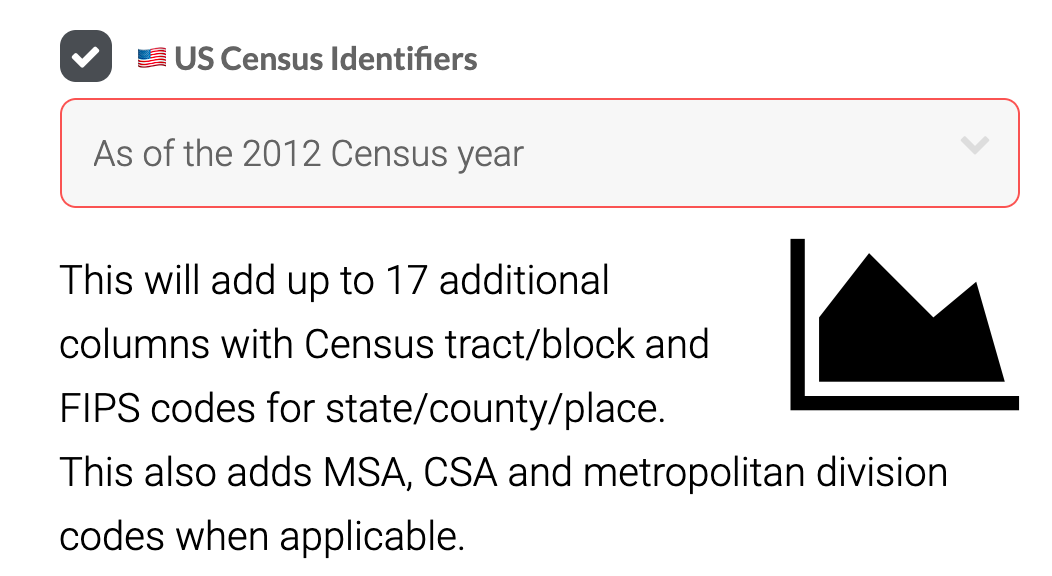 It is also possible to request boundary data for a vintage Census year. The following Census years are supported:

Some federal datasets report data at the GeoID level. GeoIDs are concatenations of various levels of FIPS codes, depending on the dataset. GeoIDs, or FIPS codes, can be up to 40 digits. The more digits there are, the more granular of a measurement it is.

Geocodio returns FIPS codes, which can be matched to GeoIDs.